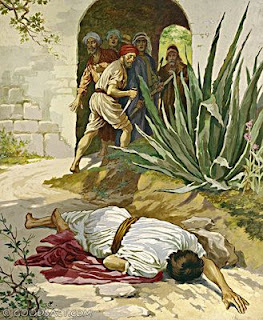 Let’s take a moment and quiet our minds and souls.  Take a deep breath.  Focus on Jesus.  The week is behind you.  We are here together to worship.  Know the One who created Heaven and earth willed you to be here this morning to have an encounter with Him.

Abba, Father, find us a grateful people.  We are here to hear what You have to say.  Let our focus be on You.  Magnify the cross and open us up to what You have for us.  In Jesus name, Amen.
I was glad Dr. Carpenter didn’t ask me to preach next Sunday.  You’ll have Mr. October, Mark Hall next week on Easter Sunday.

Friday has always been my day.  I know today is Palm Sunday.  Resurrection is the zenith of all we do, but for some reason, Friday has been the day for me.  It’s a celebration. This week is sad for me. Jesus suffered on my behalf.  Friday is a reminder of the price that was paid for you and me.  I saw the Passion of the Christ movie once in the theater.  My brother is coming to visit and he said, “Hey!  Let’s watch the Passion of the Christ movie together this week!”  I said, “Come on, you know I can’t do that.”  I can’t watch it again, I can’t.  You know that scene where Jesus’ momma fights her way to her son?  Their paths finally intersect and she holds a cloth, a shroud to His face and he said, “Momma, look!  I’m making all things new!”  I was so upset I thought I might have a heart attack in the theater.  When they nailed Him to the cross I had to close my eyes and go somewhere else in my mind.

Friday has always gotten me.  This week, Holy Week, Passion Week…  I didn’t know “passion” meant suffering.  Tuesday there’s controversy in the Temple.  Jesus is teaching.  No one teaches like Jesus.

Jesus is confronting scribes, Pharisees and chief priests.  Jesus tells them a story.  What Jesus does is genius!  It’s shocking to them!  Jesus even sucks us, the reader in and shocks and traps them.  Some call this passage the parable of the murdered son.

It reminds me of when Nathan confronted David.  We don’t want to hear the truth, especially if it’s about us.  Nathan tells David a story because we cannot see ourselves as we are.  Nathan tells the king about a man who took a lamb from a poor man, killed the lamb for his friends.  David told Nathan to bring that man to him!  Justice will be done!  Nathan says, “You’re the man, David.”

Then the disciples came and said to him, “Why do you speak to them in parables?” 11 And he answered them, “To you it has been given to know the secrets of the kingdom of heaven, but to them it has not been given.

In Matthew 12 Jesus healed and the Pharisees and Jews concluded that this was done by Satan’s power.  The believed Jesus was the worst false teacher they’d ever seen.  After that, Jesus spoke in Parables.  It’s for you to know the stories of my Kingdom, not them.  This parable is a judgement, one they are to grasp.  They understand it.

The Parable of the Tenants
1 And he began to speak to them in parables. “A man planted a vineyard and put a fence around t and dug a pit for the winepress and built a tower, and leased it to tenants and went into another country. 2 When the season came, he sent a servant[a] to the tenants to get from them some of the fruit of the vineyard. 3 And they took him and beat him and sent him away empty-handed. 4 Again he sent to them another servant, and they struck him on the head and treated him shamefully. 5 And he sent another, and him they killed. And so with many others: some they beat, and some they killed. 6 He had still one other, a beloved son. Finally he sent him to them, saying, ‘They will respect my son.’ 7 But those tenants said to one another, ‘This is the heir. Come, let us kill him, and the inheritance will be ours.’ 8 And they took him and killed him and threw him out of the vineyard. 9 What will the owner of the vineyard do? He will come and destroy the tenants and give the vineyard to others. 10 Have you not read this Scripture:

“‘The stone that the builders rejected
has become the cornerstone;[b]
11 this was the Lord's doing,
and it is marvelous in our eyes’?”

12 And they were seeking to arrest him but feared the people, for they perceived that he had told the parable against them. So they left him and went away.

A man planted a vineyard.  Verses 10-11 are a quote from scripture in the Old Testament from Isaiah 5.  Jesus is quoting a well-known passage to people who already knew it.  They knew scripture.  This story is about judgment.  Isaiah was a prophet to Judah.  He was warning judgment was coming.  This was a prophecy that they were disobedient and the Babylonians are coming to judge you for it.  They did come and they destroyed the Temple.  They slaughtered thousands.  Israel was sent into captivity.

A man planting a vineyard was common to the listener.  Landowners would lend out land and it generally took five years for the first harvest.  This was a common situation in their culture.  In verse 3, when the tenants took and beat the servant, this is the shock of the story.  The owner sends a slave and they beat him.  This took the crowd of priests in an unexpected direction.  They’re now drawn into the story. In verse four, another servant is sent.  The Greek word used here means they literally bashed his head in with stones.  As they listen, these Jewish leaders are thinking this is illegal!  This is assault!  They’re murmuring among themselves.  What kind of people are these?  Who would do this?  In verse five, another servant is sent and they kill him.  WOAH!  This is getting out of hand!
Now we are questioning the one sending the servants.  They’re getting killed.  This is about Israel and how they killed their own prophets.  Why would anyone keep sending people to them?  In verse six he sends his son saying surely they will respect my son.  It’s important to get this.  This is the last one, his son, the heir.  What will these crazies do?  Why would anyone send their son to these people?  In verse seven they killed the son.  This was planned.  Jesus is telling those who were going to kill Him and He’s telling them how they are going to do it.  Jesus is telling them about themselves.  They knew who He was.  What did they say?  “This is the heir.”  If God planted the vineyard, Jesus is the son.  Jesus knows they’re aspiring to kill Him.  Jesus’ plan was always to go to the cross.  Jesus laid on His face in the garden, pleading for another way.

In John 11:46 they are conspiring to kill Christ.  They are coveting His inheritance.  They knew and they killed Him for it.  They cast him out of the vineyard.

On Friday, our Savior will be crucified outside the city.  What shall the Lord of the vineyard do?  Matthew 21: He will bring those wretched people to a wretched end.  This story is about them.  They took him, they cast Him out.  He will come and destroy those and give the vineyard to others.  Jesus tells them what they’ll do and they will be judged for it.  WOE to you!  (Isaiah 5) WOE! WOE! WOE!  Massive disobedience and apostasy!  Judgment came again.  The city is sieged.  Any are slaughtered and the Temple of God destroyed.  The Temple is gone.  There’s no priesthood left.  All is destroyed.  2,000 years later that system is still destroyed.

Do we think as a nation we will escape judgment?  Have you not read judgment?  They knew Jesus had spoken against them and they were afraid.

This week, this isn’t an ordinary week.  It’s our Savior.  He will destroy the vinedressers and give the vineyard to others.

Verse 12 –they left him and went their way.  Nothing has changed in 2,000 years.  I believe if Jesus were here today he’d be killed again.  They had Truth staring them in the face.  You’d think they’d repent.  Today, Truth is in your face.  What are you going to do with Jesus this week?  Will you walk away?