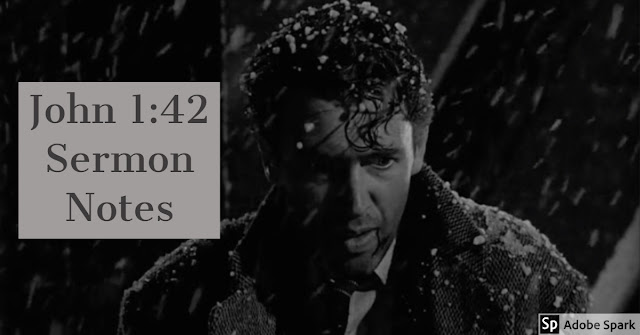 Jimmy Stuart plays George Bailey in the movie, It’s a Wonderful Life.  George lived in the same town all his life.  He comes to a place in his life when he wishes he’d never been born.  An angel lets him see how life would have been if he weren’t in it.  He sees what the impact of one life can be on friends, family and faith.

For the last 30 days we have been praying for someone that’s been on our hearts because they’re not connected to God.  We can see the impact our life can make.  Does our life matter?  Has it made a difference in the lives of others?  Andrew, one of the disciples, saw people and knew what really mattered.

He saw the value of individual people.

He brought him to Jesus. Jesus looked at him and said, “So you are Simon the son of John? You shall be called Cephas” (which means Peter).  John 1.42 (ESV)

We see an example of Andrew seeing other people.  Jesus said to the other disciples, “follow me,“ and they did.  Andrew had spent time listening to Jesus.  Jesus is the son of God, the long awaited Messiah.  Jesus is the fulfillment of our hopes and dreams.  Andrew invites Peter to meet Jesus.  Jesus is among us too.  Andrew is a networker.  If you've found yourself thinking that one of your friends needs to meet another friend, you’re probably a networker too.  These gifts are a part of our lives.  Andrew used his ability to connect people.  God invites us to reach out to people and help them take the next step to connect to God.

How many times have you been introduced to someone and they said, “ok, that’s not your name anymore.  I’m going to call you ______?”  This was a bizarre moment!  Names don’t always reflect who we are in our culture.  When Jesus changes his name to Peter he is saying this is Peter’s future from this point forward.  For example, my preschool Sunday School teacher used to say I’d be a preacher one day.  Teachers have the ability to see things in students what they cannot see in themselves.  God isn’t only able to tell us what our future is going to be.  God has the power to transform us.  God has the power to change our lives and transform us into what we can be.  Peter wasn’t always a good student.  Sometimes Peter did what he felt like doing.  When Jesus was in the garden and soldiers arrived to arrest him Peter cut off one of the soldier’s ears!  Peter is rough around the edges.  Jesus is telling Peter in this moment he will be a leader in the church, the center of Christianity, the rock.  When God speaks these words over us God sees who we are going to be.  When God looks at you and I He knows what He can make us into.  God can do this in and through us.  God knows what He has planned for us.  Think about this person you’ve been praying for.  These words are true for us today.  God has the power to transform who He has placed on your heart.  God is already working in that person’s life.

When Jesus gathered with a large group of people they’d stay all day long.  They’d come to hear him preach.  One time they were in a remote area.  There was nowhere to eat or to even buy food.  Jesus tells the disciples to feed the people.  Jesus says, “You feed them.”  They responded that they don’t have the money to buy food for them nor is there a place to even buy food.  Notice what Andrew does: 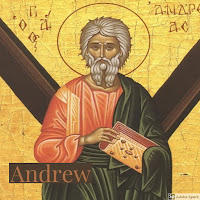 He saw the value of insignificant gifts.

8One of his disciples, Andrew, Simon Peter’s brother, said to him,
9“There is a boy here who has five barley loaves and two fish, but what are they for so many?”  John 6.8-9 (ESV)

John tells us these are barley loaves.  They’re multiplied to feed the whole group!  How could they feed all these people?  Andrew found a boy who had brought his lunch.  As a leader, I value people who can come up with a solution.  Many can criticize but solutions are valuable.  This boy had what might be the equivalent to a tuna sandwich today.  Jesus multiplies it and feeds the 5000.  Another time Jesus feeds 4000.  Some people can see the value of even a small gift.  When we think about the ministry we have, sometimes we don’t think of it as being a big thing.

For example, in New Testament times people gave temple offerings.  There were containers outside of the temple.  People would drop their offering into the bin and you could tell how much money people were giving by the sound it made.  During VBS we do penny wars and the boys and girls compete according to weight and amount.  We weigh the coins to see who the winner is.  So, if you saw someone wealthy approaching the offering bin you’d expect to hear a lot of noise when the money dropped into the bin.  In Luke 21:1-4 a poor widow dropped in 2 coins.  It seemed insignificant but Jesus told the disciples she gave the largest gift.

Maybe some people were really dramatic when they gave.  The disciples are puzzled.  It’s small.  Jesus says it is the most significant?  She gave to the point where it was all she had to live on.  Everyone else dismissed her gift.  Sometimes we underestimate what God asks us to do.  We think it’s not going to matter whether or not we stop and talk to someone or to help a guest find their way around.  The truth is that what we think is insignificant might be what transforms another person.  Jesus recognizes the value of insignificant gifts.  This might be the very reason God has you where you are today.  God has a great purpose in these things.  Maybe you have been praying and you haven’t seen anything change in your life.  It matters whether or not you are willing to help connect people to God.  Andrew served behind the scenes.  We don’t know a whole lot about Andrew.  We know lots about Peter.

He saw the value of inconspicuous service.

Don’t work only while being watched, as people-pleasers, but as slaves of Christ, do God’s will from your heart.  Ephesians 6.6 (CSB)

Are we willing to serve when no one notices?  This is a new statement, an unusual statement that isn’t anywhere else.  It’s something we relate to.  We wonder if we’ll get noticed and be credited for our work.  We wonder if people can see evidence of our work.

A guy helped a friend get a job.  It was a hard and demanding job.  He noticed someone was standing off to the side, not working.  He saw it was his friend.  He was hiding to keep from working.  He was embarrassed that he had recommended him.  Don’t just work when it gives you recognition.  Do God’s will from your heart.  Work for God whether you people recognize it or not.

Even after we finish this emphasis, “Who’s your One?,” we want to continue to be praying about how to connect people to God.  Listen to the prompting of the Holy Spirit.  Pray, “God, keep me sensitive to Your Spirit.”  Andrew was willing to serve in the background.  The early church tradition says Andrew took the Gospel to Russia and Scotland.  He became friends with a woman in Greece who became a believer.  She was the governor’s wife.  The governor was angered and asked her and Andrew to renounce Christianity.  Andrew refused and was crucified.  As he hung on a cross he was still telling people about Jesus. 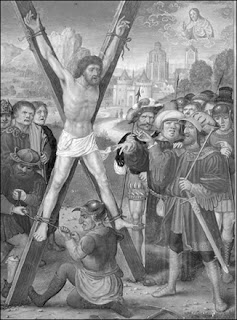 We have a church full of people who aren’t recognized.  We have many teachers who are preparing to teach while some of us are just watching TV.  Many of you serve behind the scenes.  What matters is this is something God has called you to.  I challenge you to add this new habit, praying for people to connect to God for another 30 days.  Some of you are here because someone invited you.  Maybe someone shared with you about Jesus.